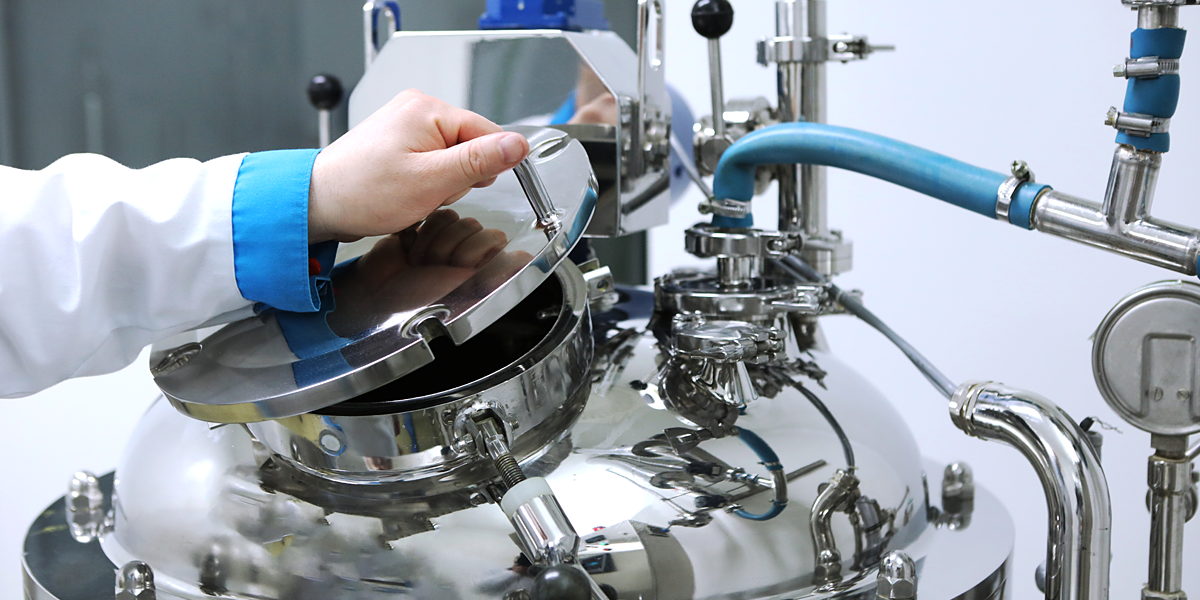 By Laurent Berliet and Silvia Rizzi from MesaLabs France

When the characteristics of the product may be degraded by the overkill sterilization processes, time and temperature parameters must be reassessed so as not to affect the quality of the product.

In these cases, the validation approach is based on the Biological Indicator-Bioburden method. This approach requires appropriate knowledge of the product bioburden and product related D-values in conjunction with BIs of lower spore count or resistance to ensure sterilization (USP <1229.2>). The method relies on substantial differences between moist heat resistance and population of the bioburden present in comparison to the biological indicator used during validation (Figure 1).

In this approach G. stearothermophilus can be used with lower populations (not < 103); however, B. subtilis 5230 with a population of 106 and a lower resistance than G. stearothermophilus is preferred as outlined in ISO 11138 and USP. B. subtilis 5230 remains one of the most resistant strains to steam sterilization known while still allowing a significant reduction to the applied cycle to reach a sterility assurance level (SAL) of 10-6. This method requires control of the bioburden, identification of bioburden isolates and resistance testing (D-value study) of the spore-forming organisms, to guarantee that they are less resistant than B. subtilis 5230 used as the test microorganism (Figure 1). 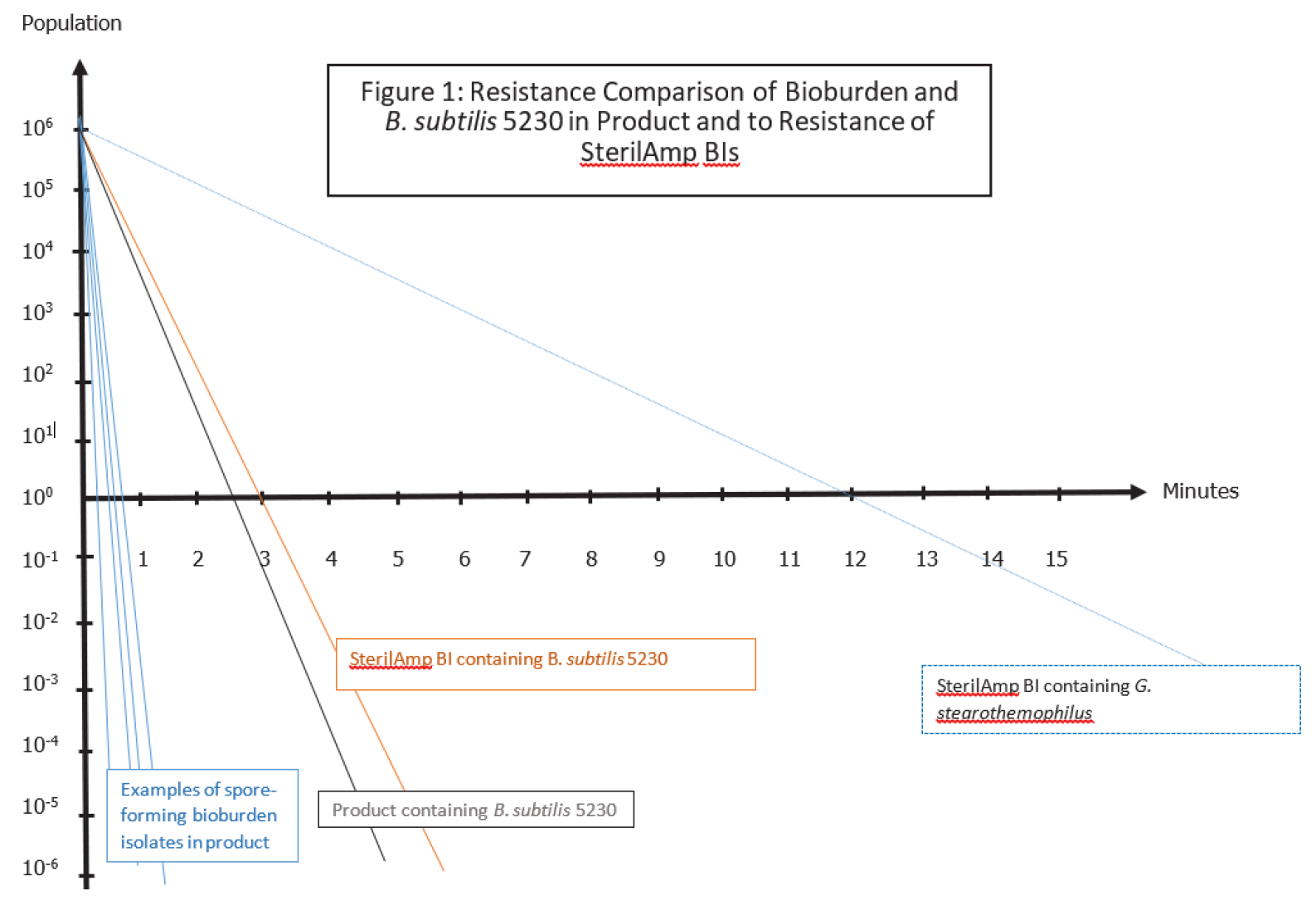 In the above graphics the survival curves of four product bioburden isolates are compared with B. subtilis 5230 for thermal resistance under the same conditions. In this case, B. subtilis exhibits significantly higher resistance than the bioburden organisms and can therefore be used as the test microorganism to challenge the sterilization process. Since the product can have varying effects on the spores (increasing, decreasing or no impact on the resistance), the next step is to evaluate the resistance of the B. subtilis in the product before choosing a BI for validation. This is accomplished by conducting a product D-value study with B. subtilis inoculated into the product.

In this first example, the use of the standard SterilAmp BI inoculated with B. subtilis 5230 is appropriate when the D-value stated on the CoA is equal to or greater than the D-value of the microorganism when tested directly in the product, thus providing a suitable challenge to guarantee acceptable SAL on the sterilized product (Figure 2). 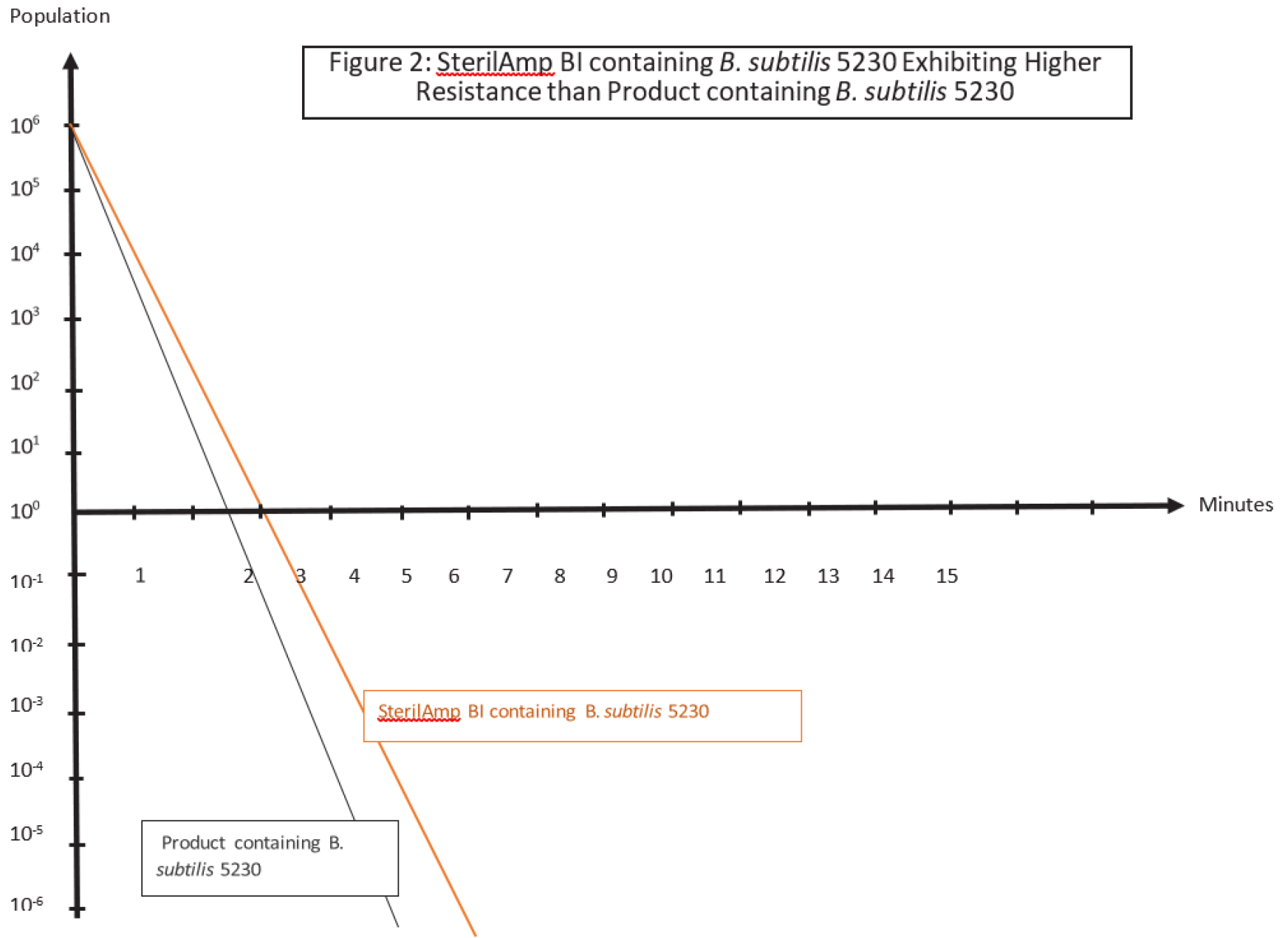 Another possibility is if the D-value of the B. subtilis in the product is higher than the D-value of a B. subtilis SterilAmp then the BI does not represent the worst-case scenario. (Figure 3) This increased resistance could be a result of the product causing the spores to clump or become coated as explained in Spore News Vol 15, No 1 “Why perform a Product D-value Study?”. 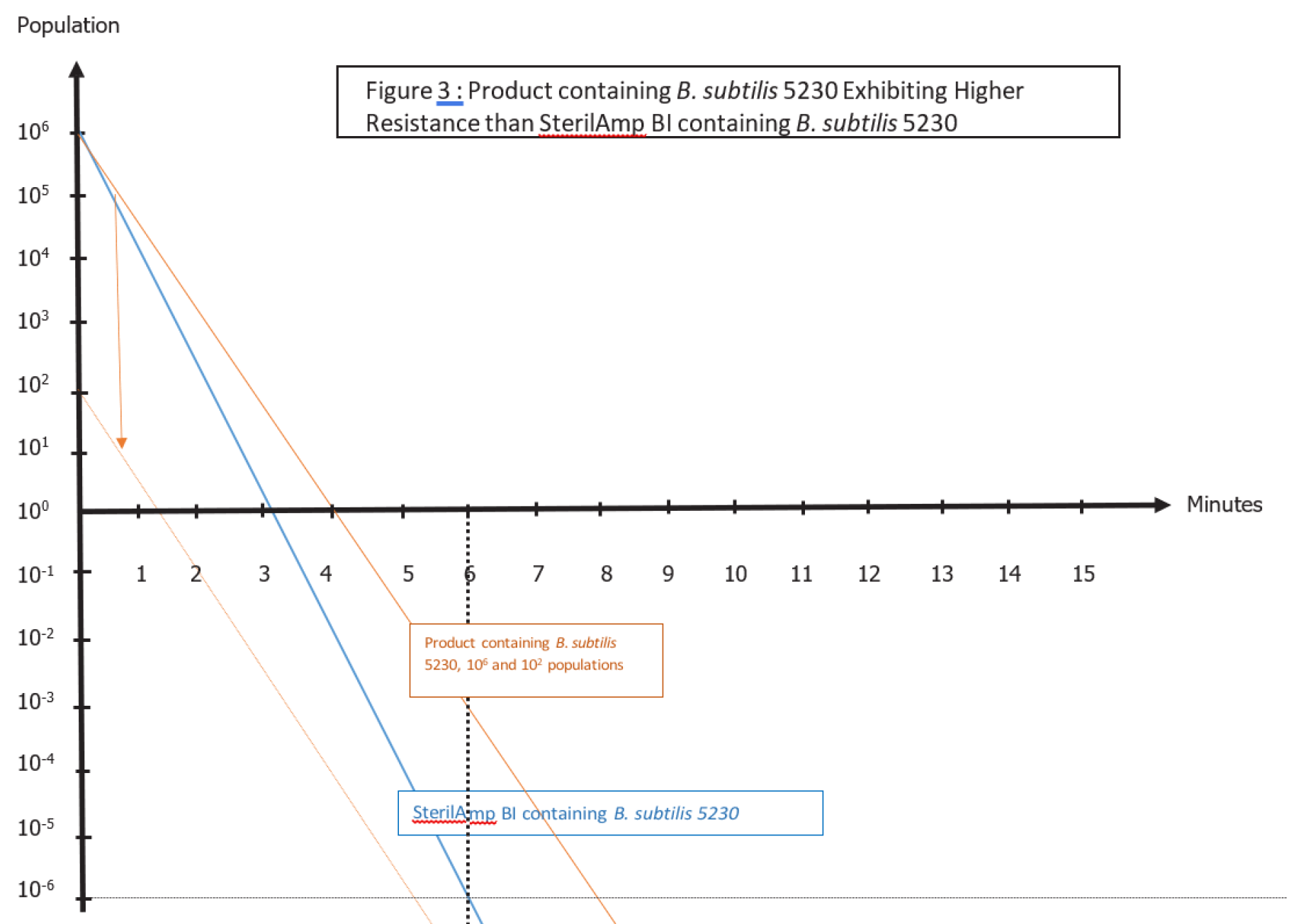 Sometimes, the answer is not that simple. Contrary to most aqueous products whose impact on lethality does not affect the linearity of microbial death kinetics, D-value studies on gels or other products whose texture can be modified during sterilization, can show a bi-phasic lethality. The origin of this biphasic lethality remains difficult to determine, due to aggregates or change in rheological properties of the product (such as cross-linking of polymers, etc.).

When a D-value study is carried out starting with 106 spores of a test organism, it is possible to get non-linear results. An example of this phenomenon is where there are two different slopes characterizing the spore’s destruction: the first slope, higher destruction (lower D-value), during the beginning of exposure and a second phase with a lower destruction (higher D-value) later during exposure. The higher resistance of the second phase is correlated to the longer exposure times needed to destroy the last logs of the inoculated population. (Figure 4). 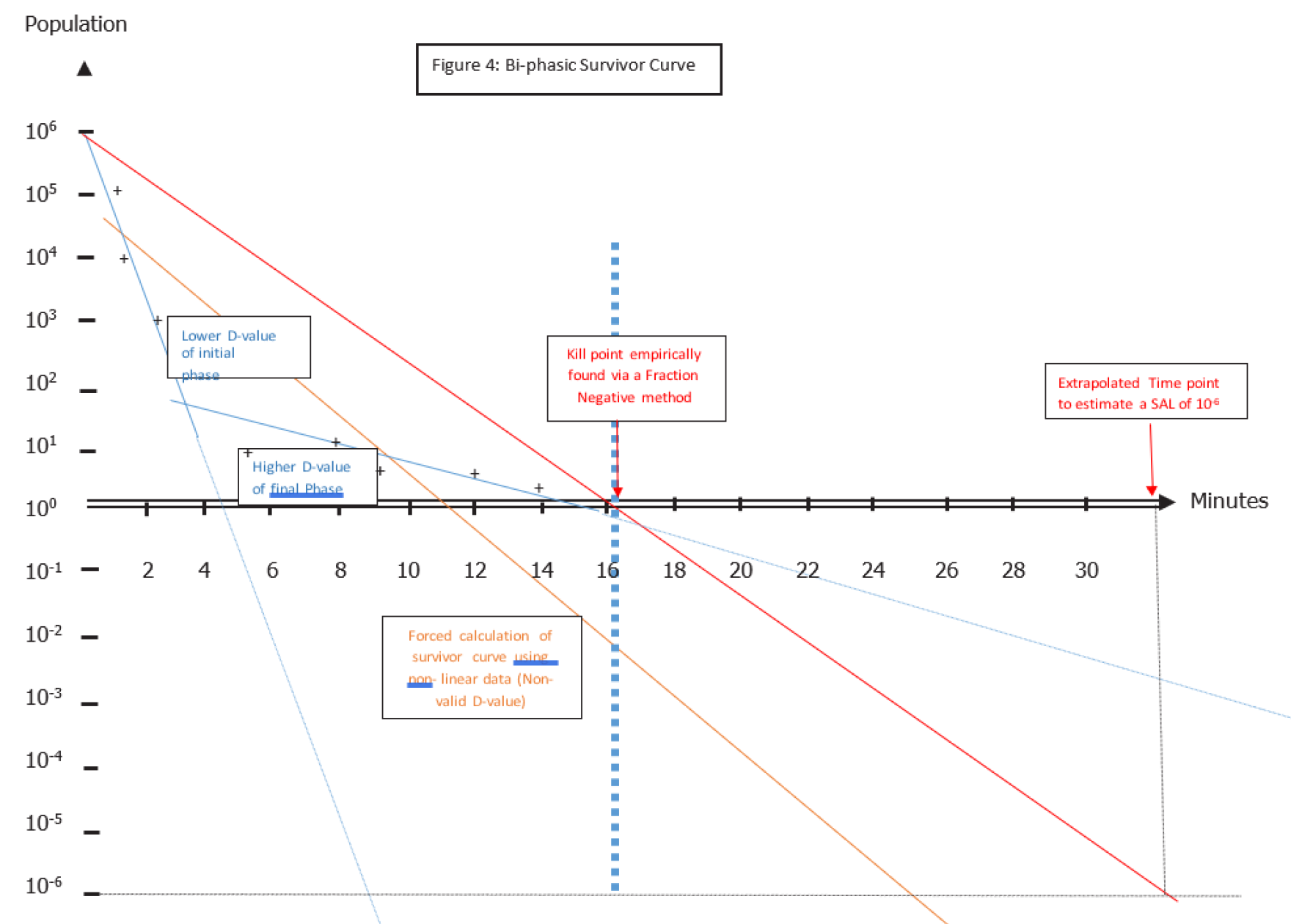 When a product D-value study results in a bi-phasic curve, the solution becomes more complex. A “D-value” calculation can be forced, but an accurate SAL cannot be extrapolated from non-linear data. The standards do not address these situations. One possible approach is to empirically find and confirm the kill point via a Fraction Negative method which identifies the time frame when a minimum of a six-spore log reduction (SLR) is achieved. This time point can then be doubled to estimate a SAL of 10-6. This approach could be applied to any non-linear death kinetics.

Sterilization and microbiological validation of heat sensitive products require an understanding of the product’s thermal behaviour when heat treated. In addition to understanding the product’s effect on the resistance of spores in relation to the BI used to monitor the cycle, there are many other items that need to be considered during product cycle development including packaging material and configuration, or other parameters that may need to be calculated (e.g., Z-value). These considerations will help execute a consistent D-value study to develop a robust validation.

Written by Silvia RIZZI and Laurent BERLIET, from MESALABS France- Sterilization and Disinfection Control Division. Laurent began working in 2010 as a Technical Sales Rep with Amilabo which became Mesa Labs France. He holds a Biology and Geology License from the University of Lyon, France. Silvia began her career with Mesa Labs France in 2016 as a Technical Sales Rep. She holds a Chemical Eng. MSc from the University of Naples, Italy. They support and train companies within the Pharmaceutical, Biotechnical and Medical Device Industries finding consistent solutions to validate sterilization and decontamination processes.