Verifying the population of a lot of biological indicators is one of the easier checks the end user can perform. One step the in the population assay procedure is the “heat shock”. Depending on the organism, the time and temperature of the heat shock will vary as detailed in many standards and regulations.

What is the purpose of the heat shock? Heat shock is defined as a controlled heat treatment of a sample. From a microbiological stand point, heat shock serves two main purposes:

]An example of the heat shock effect can be viewed in the series of charts below. Under these tests, there was little change in the population of Geobacillus stearothermophilus spores in any of the heat shock treatments as compared to the untreated sample. Other strains of the same organism may show a different result.

The Bacillus atrophaeus spores showed an increase in recovery after heat shock with the optimal conditions being 10 minutes at 80ºC. This is the same time-temperature combination for heat shock stated in the USP for this organism.

When performing a population assay on a lot of biological indicators there are many variables that can lead to results different from the certified value, and heat shock is only one of those variables. It is important to follow the manufactures’ instructions as closely as possible in order to successfully verify the population. 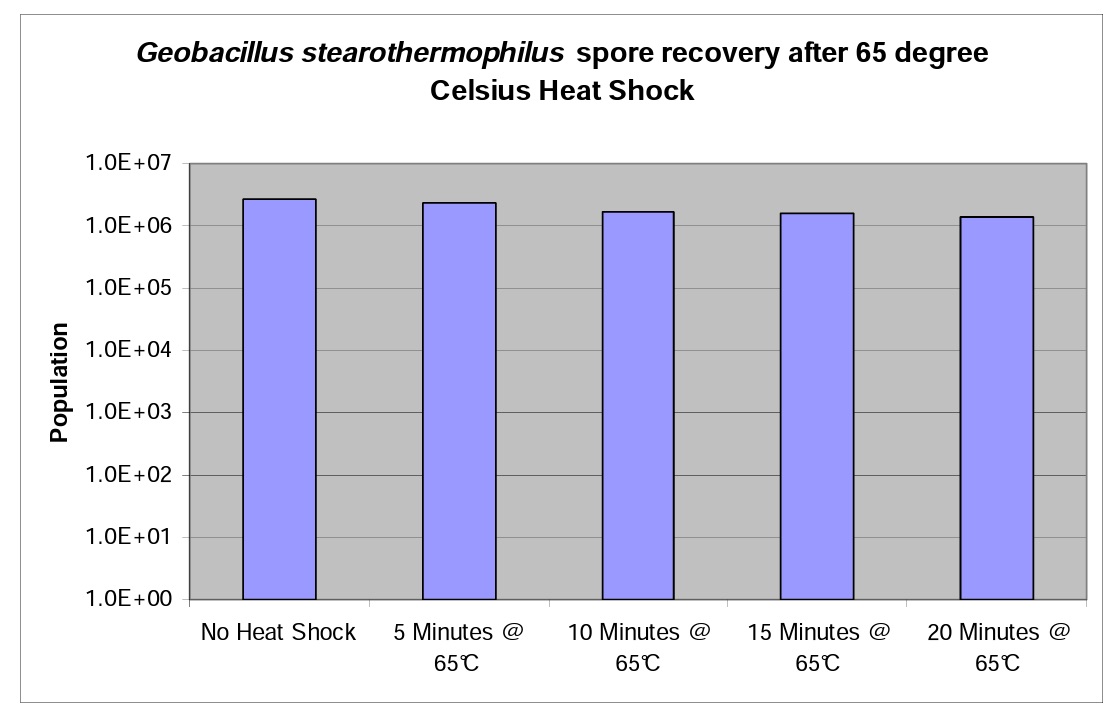 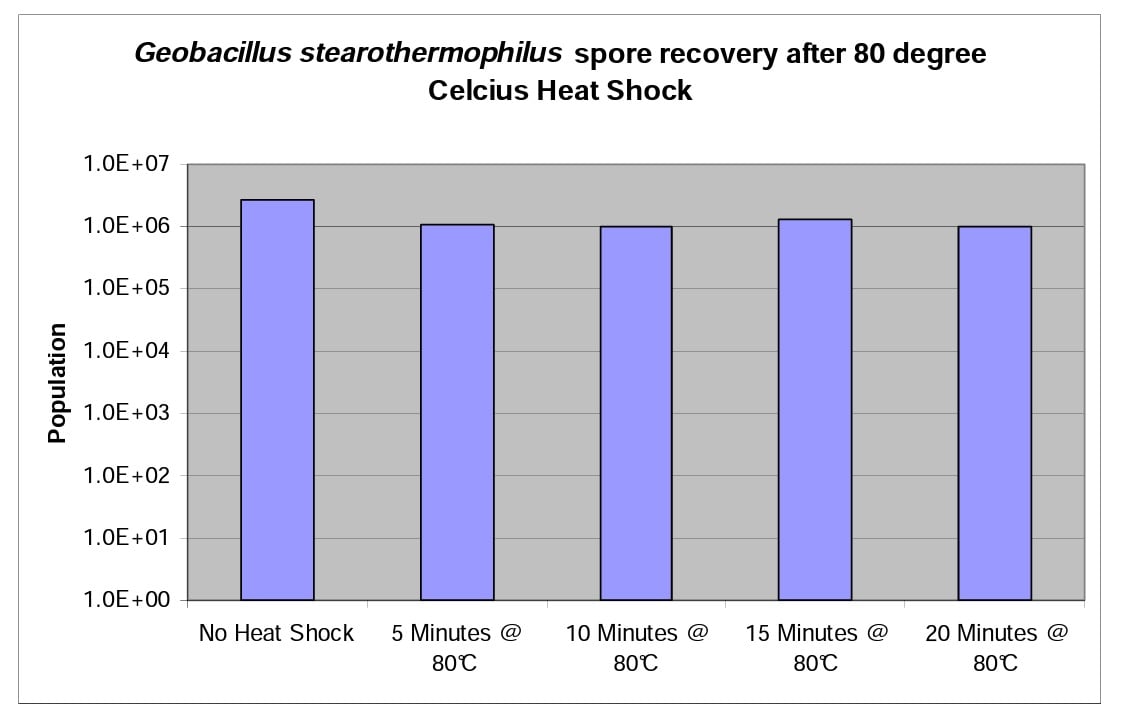 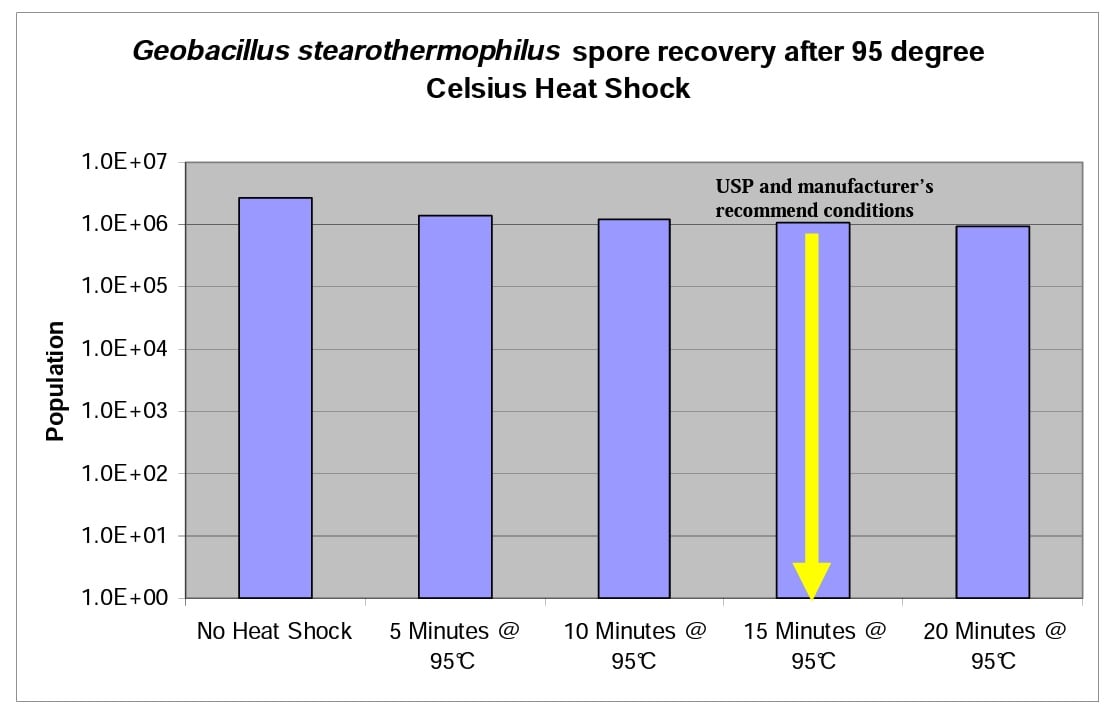 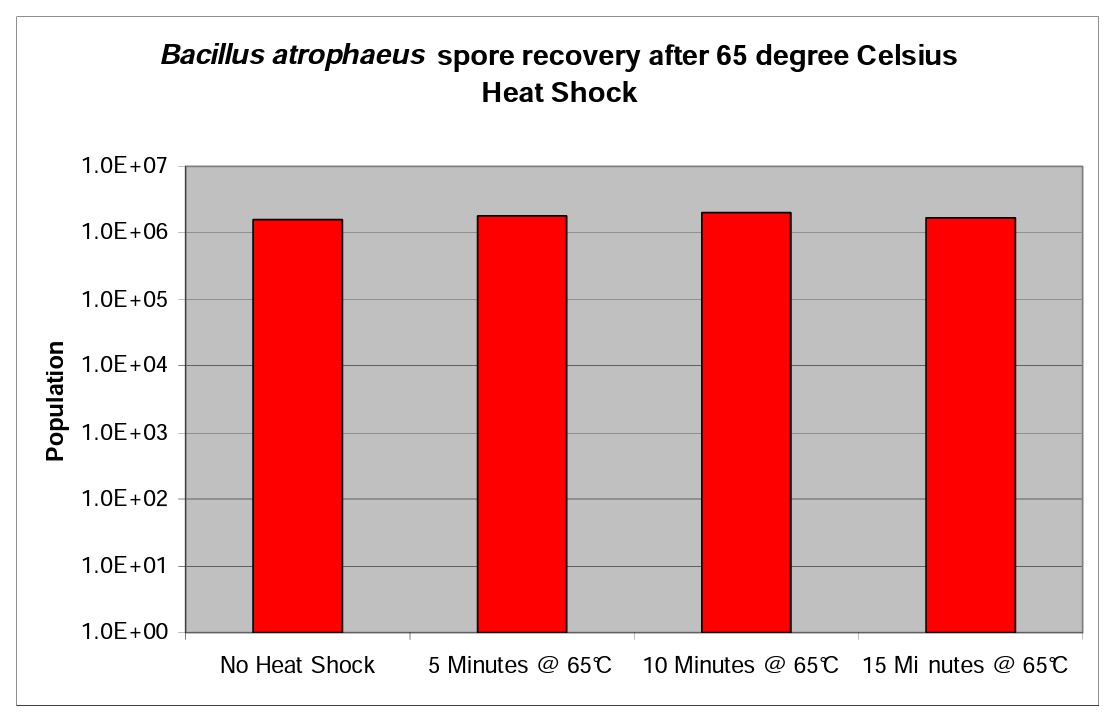 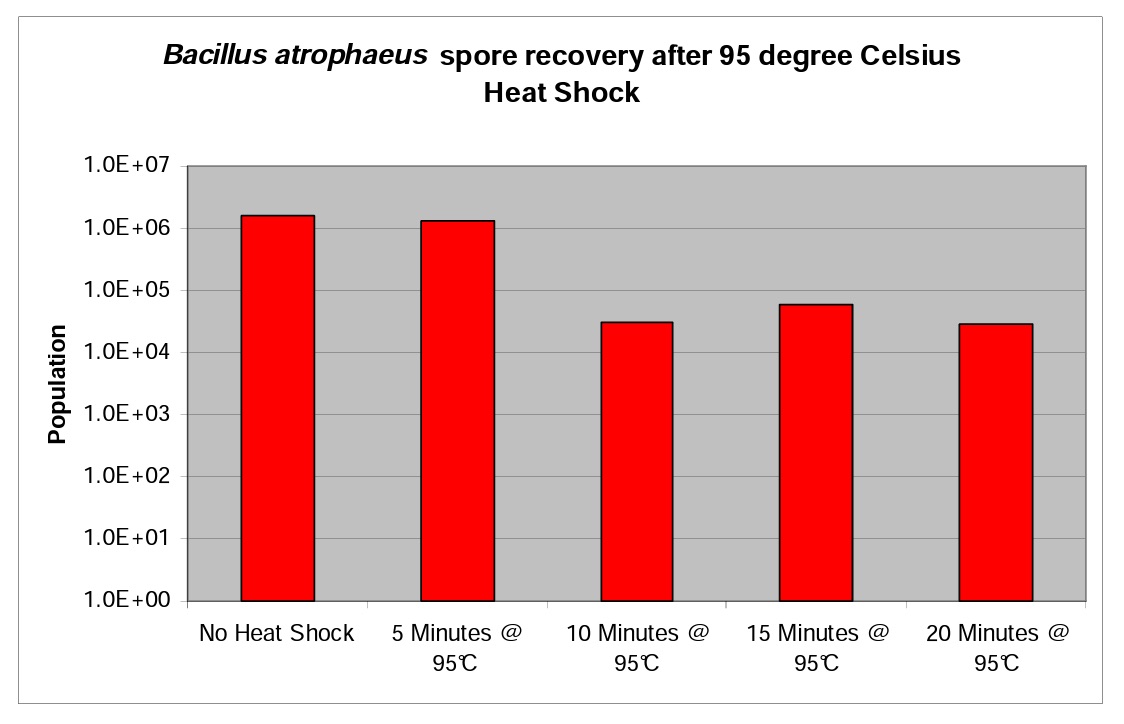 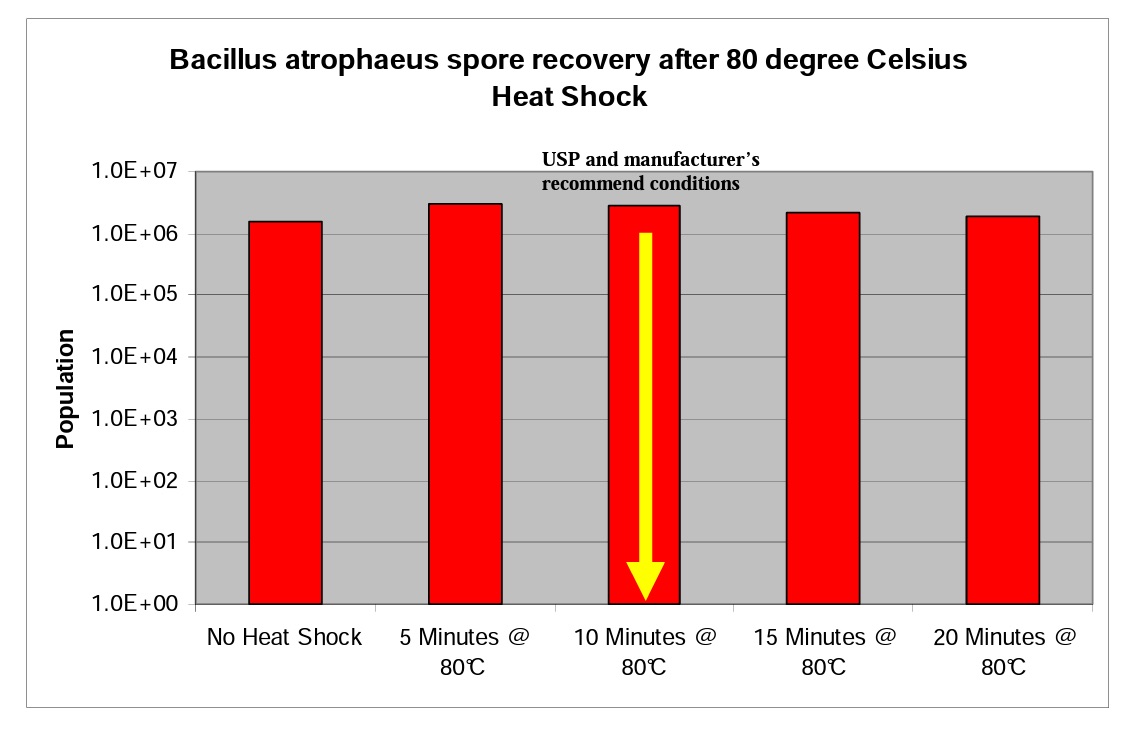