Steam sterilization of liquid products, especially large volumes, can take significantly longer than sterilizing dry or porous materials. This additional thermal insult, much of which occurs during the come-down phase, can chemically alter the product, and as such many companies have moved away from these excessive cycles. However, many liquid products including water are not compromised by longer sterilization cycles, and as such, longer cycles are still in use. The liquid submersible biological indicators (LSBI) used to monitor these longer cycles can be affected, and at times, the thermal insult is great enough to caramelize the culture media in the LSBI resulting in colors other than those expected both after recovery from the load and after incubation.

There are three basic formats of LSBIs differing primarily in the size of the unit. The smallest unit is the Sterilamp®, designed for placement in small containers, followed by MagnaAmp® and ProSpore® for larger containers. The culture media in these LSBIs is a soybean-casein digest based broth and when subjected to a thermal insult, begins to caramelize. The caramelized media can take on a variety of colors depending on the extent of the treatment. Unexposed units are purple in color due to the added pH indicator (which aids in the interpretation of results), while growth-positive units are yellow in color due to acid production by the growing bacteria after appropriate incubation (Figure 1.). Units that have experienced extended thermal insult can range in color from faded purple to grey and in extreme cases a bourbon color. These colors are present immediately after removal from the sterilizer. See Figures 2 and 3.

Note: Mesa Labs also manufactures a SterilAmp 5230 LSBI, which is designed for processes that deliver a lower thermal insult (i.e.; lower temperature and/or shorter cycles). These BIs are not the subject of this spore news. 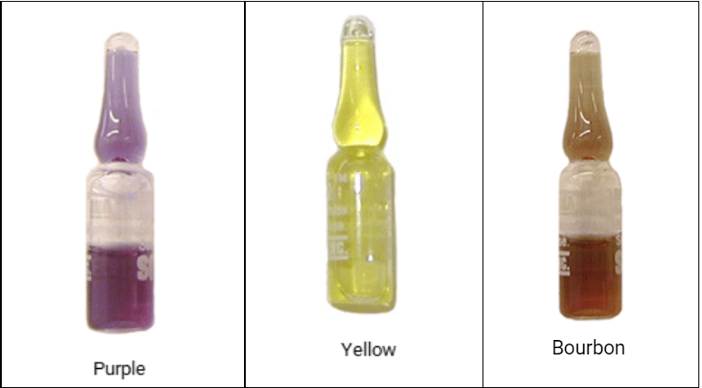 Does the media retain its ability to promote the growth of low numbers of spores once it has become caramelized?

To answer this question a study was conducted where LSBIs were subjected to increasing thermal insult. Data were collected at each exposure time and included: unit coloration, direct spore counts (at shorter time intervals), fraction negative results, and growth promotion ability of media. The data demonstrate that spore viability decreases as exposure time increases, the culture media remains a shade of purple while viable spores are present, and media exposed to significant thermal insult still retained its growth promotion ability when inoculated with low levels of spores (Figure 2). 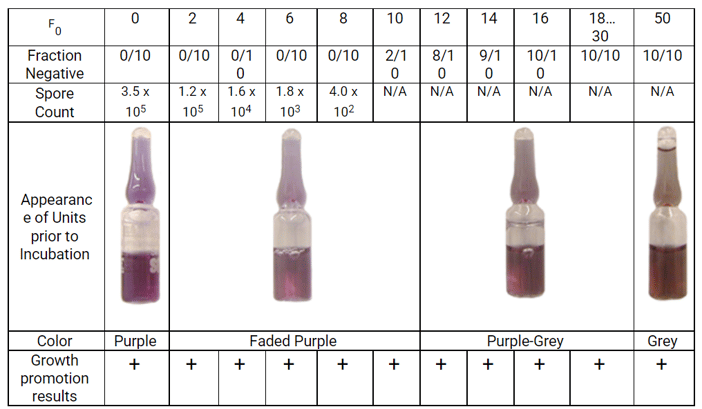 Figure 2. Color and performance of MagnaAmp LSBI after exposure to increasing thermal insult

An LSBI unit that has been subjected to extreme thermal insult and exhibits caramelization may no longer be purple in color upon retrieval from the sterilizer. In these cases, the color of the LSBI units upon incubation may appear to be closer to a bourbon color than purple. The use of the negative control unit will allow the user to make the proper negative-for-growth call as the test LSBI color will match that of the negative control.

In conclusion, LSBIs are a valuable tool for evaluating the effectiveness of liquid load sterilization processes. With the exception of the longer, high thermal insult cycles, one can expect binary results from the BIs (i.e., purple indicates growth-negative, yellow indicates growth-positive). For the cycles that have discolored the LSBIs, the use of negative control units will aid the user in the proper interpretation of results. Also, the studies indicate that the thermal insult which caused these colors provides enough lethality to inactivate the spores, yet the media still retains the ability to support the recovery of any surviving spores.